NEW DELHI: The Enforcement Directorate has issued an order that virtually gags its officials posted at its headquarters here from interacting with journalists and said non-adherence to the new directive would invite “punitive action”.

ED Director Sanjay Kumar Mishra issued a one-page memorandum on Tuesday asking all its officers posted in the headquarters and the headquarters’ investigation unit to keep away from “unwarranted interaction with the media.”

Henceforth, it said, “any officer other than the authorised officer if found interacting with the media, the same should be brought to the knowledge of the principal special director or undersigned (Director) immediately”.

The order stated that “any deviation will amount to dereliction of duty and liable for punitive action”. It added that an earlier circular issued in this regard in November, 2018 “has not been followed in right spirit”. 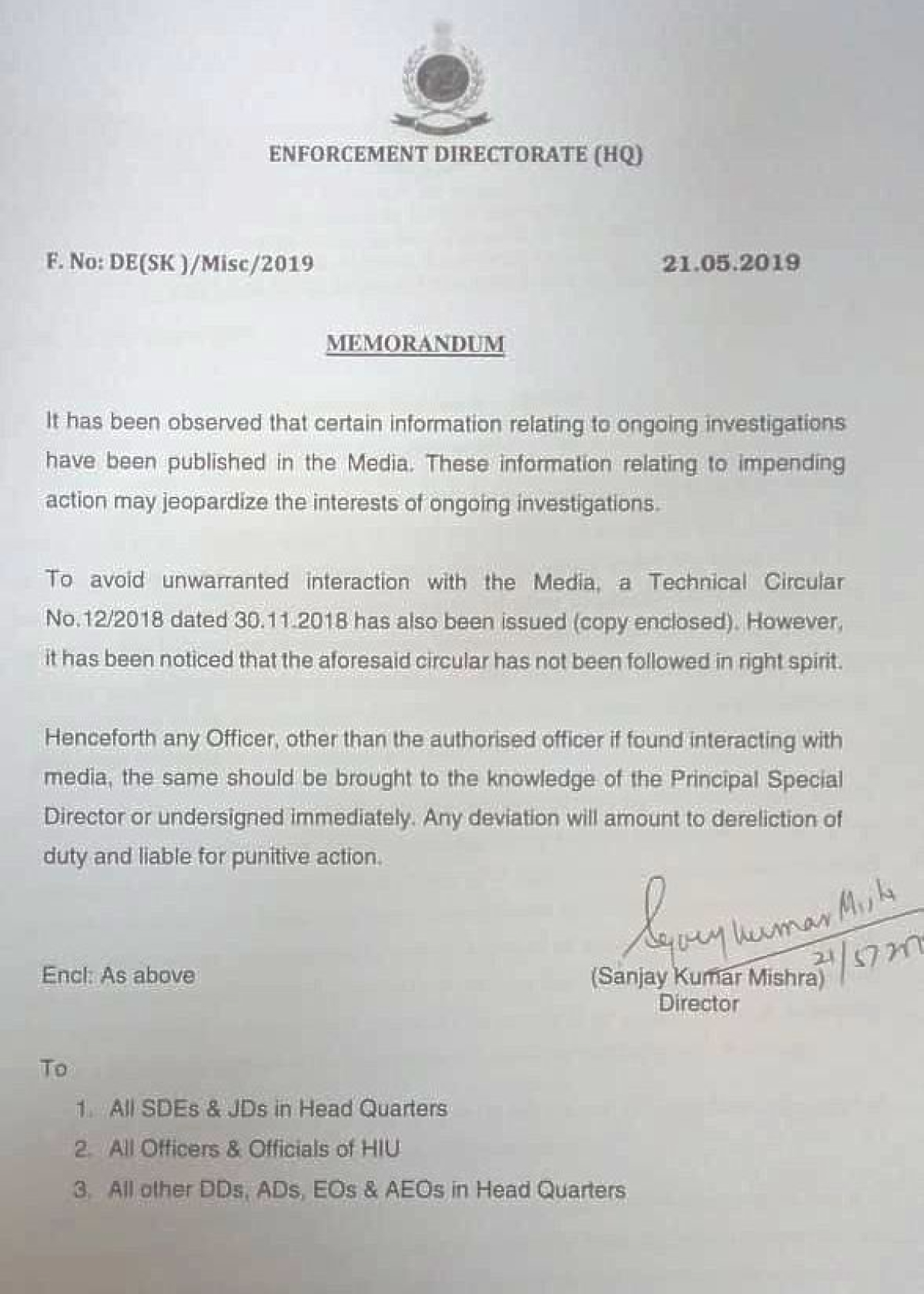 The headquarters of the agency handles some of the most high-profile cases of money laundering and hawala transactions apart from supervising investigation of all its zonal offices in the country.

Officials said the fresh order has been issued after it was found that the line of investigation to be taken by the agency was “leaked” to the press by certain officials and hence, it was required to check such instances.

“This is against the protocol of government agencies. There is no restriction for journalists and media to interact with the designated media officers,” a senior official said defending the move.

Indian Railways to export Train 18 trainsets to other nations